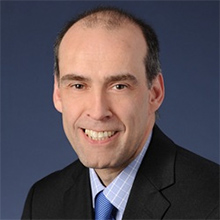 LOS ALAMITOS, 10 March 2016 — David Law, Distinguished Technologist at Hewlett Packard Enterprise, has been selected to receive the IEEE Computer Society 2016 Hans Karlsson Award “For his contributions and leadership as Working Group officer and Chair of 802.3, and service in governance, educational, and regional activities.”

At Hewlett Packard Enterprise, Mr. Law has worked on the specification and development of Ethernet products since 1989. Throughout that time Mr. Law has been a member of the IEEE 802.3 Ethernet Working Group, where he has held a number of leadership positions, including Chair of IEEE 802.3 since 2008 and Vice-Chair between 1996 and 2008.

Mr. Law has a BEng (hons) in Electrical and Electronic Engineering from Strathclyde University in Glasgow, Scotland.

The award consists of a plaque and is given annually to the most outstanding team leader in the field of computer engineering standards in recognition of outstanding skills and dedication to diplomacy, team facilitation and joint achievement in the areas where individual aspirations, corporate competition and organizational rivalry would otherwise be counter to the common good.