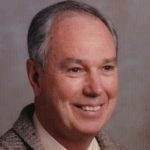 He is currently Board Chairman at Maxeler Technologies. With offices in London and Palo Alto, Calif., Maxeler is the leading provider of dataflow computers which have proven especially valuable in high performance computing markets such as finance and geophysics.

The award honors the vision of individuals whose efforts resulted in the creation and continued vitality of the computer industry. Flynn was recognized “for more than 50 years of leadership, which includes the creation of TCCA and SIGARCH, basic contributions to computer arithmetic, microarchitecture and multiprocessing, and quantitative analysis of microarchitectures.”

Flynn worked on computer organization and design at IBM from 1955-65. He was design manager of prototype versions of the IBM 7090 and 7094/II, and later for the System 360 Model 91 Central Processing Unit.

Earning his PhD from Purdue University in 1961, Flynn taught at Northwestern University and Johns Hopkins University between 1966 and 1974. He joined Stanford as professor of electrical engineering in 1975, and was director of the Computer Systems Laboratory from 1977 to 1983.

His previous awards include the ACM/IEEE Eckert-Mauchley Award (1992), the IEEE Computer Society Harry Goode Memorial Award (1995), the International Tesla Society’s Tesla Award (1998), and an honorary Doctor of Science degree from Trinity College, Ireland. He is also the author of three books and over 250 technical papers.

Flynn is a former IEEE Computer Society Vice President, IEEE Micro advisory board member, and former associate editor  of IEEE Transactions on Computing. He has helped support numerous other journals and conferences throughout the years.