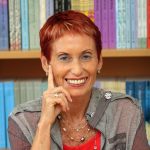 LOS ALAMITOS, Calif., 2 April 2015 — Judith Gal-Ezer, a professor of computer science at the Open University of Israel (OUI), has been named 2015 recipient of the IEEE Computer Society Taylor L. Booth Education Award for her contributions to computer science education.

Gal-Ezer, who has served as Vice President for Academic Affairs at OUI for nearly a decade, was recognized in the award citation “for outstanding research and its practical application in the field of computer science education.”

“Judith Gal-Ezer is one of the deepest thinkers in computer science education, and her impact has spread far and wide,” said nominator David Harel, the William Sussman Professor of Mathematics at the Weizmann Institute of Science in Israel. “Her research in a number of different sub-areas of the field is of the highest quality, and her inexhaustible efforts have been central in shaping CS curricula on all three levels: high school, bachelors and masters. This breadth and depth are a rarity in CSE, and hence the committee’s decision will no doubt bring great honor to the Taylor L. Booth Award.”

She was recipient of the ACM SIGCSE 2007 Special Contribution to Computer Science Education Award and has served on numerous professional journal editorial boards, including as associate editor of Inroads.

Gal-Ezer chaired the Israel Ministry of Education professional committee that developed the computer science curriculum for Israeli high schools. She is now on the advisory council of the Computer Science Teacher Association and the CHE Israeli Council for Higher Education.

The Taylor L. Booth Education Award commemorates outstanding records in computer science and engineering education. Accompanied by a bronze medal and $5,000 honorarium, the award recognizes achievement as a teacher of renown through writing an influential text; leading, inspiring, or providing significant education content during the creation of a curriculum in the field; or inspiring others to a career in computer science and engineering education.