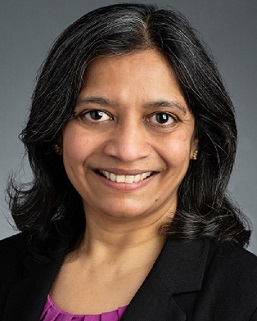 Patel is active with multiple IEEE CS committees, the IEEE Industry Engagement Committee, several IEEE Women in Engineering committees, and the IEEE New Hampshire executive committee. She will serve as the 2023 IEEE CS president for a one-year term beginning 1 January 2023. The president oversees IEEE CS programs and operations and is a nonvoting member of most IEEE CS program boards and committees.

David S. Ebert—Associate Vice President for Research and Partnerships, Gallogly Chair Professor of Electrical and Computer Engineering, and director of the Data Institute for Societal Challenges at the University of Oklahoma—was elected second vice president with 2,919 votes. Ramalatha Marimuthu, PhD in electrical engineering who retired after 34 years in teaching at Kumaraguru College of Technology, garnered 2,098 votes.

The six elected members of the Board of Governors for the term beginning 1 January 2022 are:

Results of the 2021 IEEE CS election will be published in the December issue of Computer.