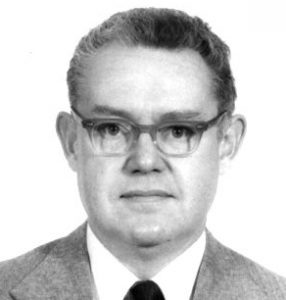 Taylor L. Booth was born in Manchester, Connecticut, on 22 September 1933. He received his B.S., M.S. and Ph.D. degrees all from the University of Connecticut. He was a professor of computer science and engineering at his alma mater, and director of the university’s Computer Applications and Research Center. His name was on the ballot as a candidate for president-elect of the IEEE Computer Society when he died of a heart attack on 20 October 1986.

Active in the Computer Society for more than 16 years, particularly in its educational activities, Booth was instrumental in defining computer science and engineering curricula for program accreditation through the society’s and the IEEE’s respective boards. He also worked for closer cooperation between the Association for Computing Machinery (ACM) and the IEEE Computer Society. He served as a member of the Board of Governors, chaired the Society’s Constitution and Bylaws committee, and held positions as first vice president, secretary, and vice president for educational activities. Previously, he had been editor-in-chief of the IEEE Transactions on Computers, and Distinguished Visitor, and a founding member and first president of the Computing Science Accreditation Board. In addition, he served on the program committees for various Computer Society conferences.

An IEEE Fellow, Booth was an IEEE representative to the Engineering Accreditation Commission and an alternate member of the Accreditation Board for Engineering and Technology (ABET). He was also a member of the IEEE Educational Activities Board. Professor Booth received the Frederick Emmons Terman Award to recognize the outstanding young electrical engineering educator in 1972 and the IEEE Centennial Medal in 1984. The society recognized him with a Distinguished Service Award in 1985 for his accreditation work. After his untimely death, the Board of Governors voted for the establishment of an annual education award in his memory.