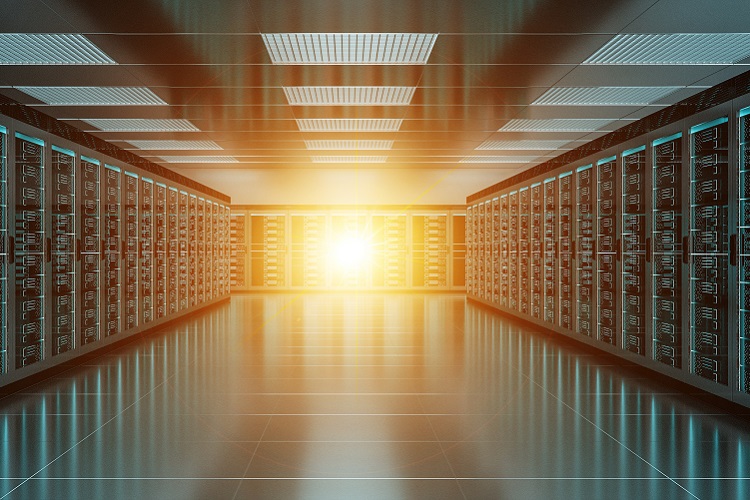 The near financial ruin of tire giant Goodyear in the 1990s led to a unlikely partnership with nuclear weapons researcher Sandia National Labs to develop what was then a radical notion in tech—designing and testing products with computers—which became so successful that the idea was copied by other industry giants like Renault, General Motors, Boeing, Rolls-Royce, and PING.

Replacing physical tests with virtual tests using supercomputers—which seems so common today—became a breakthrough that took a decade to attain acceptance, largely because the radical approach faced more than 100 years of tradition of testing tires in the real world, writes Loren Miller, then one of Goodyear’s leaders in the project and the author of the peer-reviewed research “Product Innovation Through Computational Prototypes and Supercomputing” (login may be required for full text) in Computing in Science & Engineering.

But it took a series of financial crises for Goodyear to eventually adopt the computational, or virtual, method for designing tires—allowing the firm to cut product development time by a factor of four and save approximately $100 million annually in testing costs (a 60 percent reduction).

“Fortunately for Goodyear, by 2003 the computational analysis processes and codes had matured to the point that the ‘new, exciting’ tire could be designed computationally and undergo physical, final release tests in the extraordinarily short time that was available. After that resounding success, the resistance to computational analysis crumbled and the company converted to virtual prototyping, product line by product line,” Miller writes.

The physics-based computing transformed the tires beneath our automobiles.

As Goodyear’s CTO remarked in 2009, “Computational analysis tools have completely changed the way we develop tires. They have created a distinct competitive advantage for Goodyear, as we can deliver more innovative new tires to market in a shorter time frame,” Miller recounts.

The computational approach was so radical that it took Goodyear officials a long while to digest. Senior R&D executives mocked the risky idea: “If computational analysis is such a good idea, we’d already be doing it,” one said, according to an account of events by Miller.

“Shouldn’t we just have set off some fireworks or something to celebrate?” the Goodyear team leader asked a Sandia team leader.

In an understated manner, the Sandia leader replied: “Well, we thought it was pretty significant.”

Goodyear and Sandia agreed initially to say nothing in public about the new proposal.

“Two days later, after the Goodyear team members had had time to process the concept of the new proposal, everyone agreed to pursue the potential breakthrough,” Miller writes.

Miller, who’s the president of the consulting firm DataMetric Innovations, had worked at Goodyear: He initiated and led the company’s conversion to the virtual prototyping, including the development of the physics-based engineering software, the creation of a global supercomputing environment, and the establishment of Goodyear’s cooperative agreement with Sandia Labs.

How it all began: Biggest financial setback since Great Depression

In 1990, when a foreign financier tried to take over a $2.4 billion oil pipeline that stretched from California to Texas, Goodyear stepped in to put a stop to it. However, it caused the company’s first annual loss since the Great Depression and knocked it from its rank as the world’s largest tire manufacturer.

In the years that followed, the chairman directed the vice presidents of research and product development to slash testing costs in product design, which were about 40 percent of an approximately $400 million research and development budget.

After a small team of researchers presented three proposals, and even more teams argued endlessly about them, Goodyear reached an agreement with Sandia.

“Two of Sandia’s most senior engineering mechanics code developers declared that, using a new approach that they outlined, they believed that treaded, rolling tire analyses could be solved and turned around within a time frame that would be acceptable for the design process,” Miller said.

They year was 1992 when, under the Cooperative Research and Development Agreement (CRADA), researchers from Goodyear and Sandia National Labs had identified the potentially radical breakthrough in computational tire analysis.

“At that time, the largest tire model ever created by Goodyear’s finite-element analysts had no tread pattern, couldn’t be rolled with camber, caster, or breaking/acceleration forces applied, and required months to create and calculate on state-of-the-art supercomputers with the best mesh generation tools and nonlinear finite-element solvers that were commercially available,” Miller writes.

What Sandia and Goodyear researchers discovered would change an industry.

“Physics-based computational product design was considered the ‘high risk/high reward’ way to reduce testing expenditures. There were good reasons for that perspective. In 1992, the year before Goodyear began its CRADA with Sandia, the state of the art in tire analysis was limited to small models with 90,000 degrees of freedom that left out many critical details of the internal and external structures of the tire, for example, tread patterns,” wrote Miller.

Computational product design was about to put Goodyear back on the map.

“Goodyear’s internal state of the art in physics-based product analysis was changing rapidly. The CRADA with Sandia had ‘struck gold,’ and 250,000 degrees of freedom models were now feasible. At that size, a (simple) tread pattern could be attached to the otherwise smooth, axisymmetric tire model. The tire could be run along the ground, make turns, and incorporate camber, caster, breaking and acceleration, and be subjected to impulse inputs (potholes and curbs). In short, tremendous progress had been made, and the Sandia researchers’ proposal had been shown to work,” added Miller.

The collaboration of Goodyear and Sandia produced an award-winning tire.

“Using physics-based computational analyses throughout the design process, the resulting tire, the Assurance, featuring TripleTred Technology, was delivered in time for the dealer conference and became the best-selling new tire introduction in the company’s history. Its exceptional performance on wet, dry, snowy, and icy roads, while still providing excellent treadwear and noise performance, won numerous industry awards and earned Goodyear and Sandia an R&D 100 Award in 2005 both for the new product and for the process by which it had been created. One year later, Goodyear’s implementation of HPC in support of these computational analyses won a CIO 100 Award and was chosen one of the year’s five most innovative applications of IT,” says Miller.

Goodyear’s success did not go unnoticed by other industry giants, who made products of far more complexity than tires.

“While tires may contain dozens of distinct materials and components, products ranging from refrigerators to engines to automobiles, airplanes, and ships can involve thousands or millions of parts and require the analysis of multiple physics and chemistry regimes. Well respected major companies, including Airbus, Alcoa, Boeing, Dana, Ford, GE Aviation & Energy, P&G, Whirlpool, and Porsche, have disclosed their use of science-based computational analysis, but few beyond Goodyear have explicitly discussed the replacement of physical tests with virtual prototyping. Notable exceptions are Renault, General Motors, Boeing, Rolls-Royce, and PING,” writes Miller.

The extent to which other companies have fully or partially implemented computational design is not completely known. But the impact of Goodyear and Sandia’s groundbreaking research is indisputable.

The virtual design process showed promise, not only to private industry, but to the U.S. military as well.

The laboratory director at Sandia said that the research results the CRADA had developed “improved computer codes (that) will be used to solve weapon component design problems that previously were intractable.”