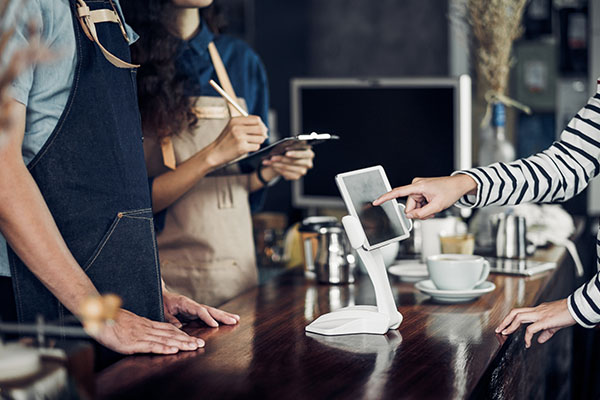 It’s probably not too farfetched now to predict that in the near future – at least within the next decade or so according to some studies and experts – you might be served by R2D2, or a similar robotic food service entity.

Yes, numerous restaurants, especially those of the fast-food variety, are rapidly embracing technology to further accelerate getting that burger from the oven into your gullet.

University of Oxford researchers, for instance, prognosticated in a September 2013 white paper (The Future of Employment, How Susceptible Are Jobs to Computerisation?) that there’s a 92% chance that fast-food preparation/serving will be fully automated within 20 years.

The Oxford researchers stated that a majority of deliver drivers could also be replaced by self-driving cars. And with food preparation, they provided examples of startups already using robots for bartending and gourmet hamburger preparation.

“Slowly over time, digital technology will create efficiency and labor savings for restaurants,” added Darren Tristano, a food industry expert with market research firm Technomic.  But Tristano estimates work forces will drop no more than 10% over the next few decades despite increased automation because many customers still enjoy being served by a human.

“If you look at the thousands of years that consumers have been served alcohol and food by people, it’s hard to imagine that things will change that quickly,” said Tristano.

Nonetheless, many well-known eateries are going high tech. Last spring Panera Bread announced it was combining several technologies to reduce the number of cash registers at stores.  Self-service ordering kiosks are being rolled out, with most stores getting between four to eight kiosks. And the popular chain is also implementing a mobile ordering option to all stores throughout the U.S. by 2017 – customers will be able to place ‘to go’ orders on their smartphone – or online – up to five days in advance, and grab their chow at a pre-set time.

“Mobile is at the top of our trend list and at the top of our research and development,” said John Lawrence, director of product marketing/hospitality for NCR Corp. “Most traditional things that people have done in the past, like coupons and mainstream advertising, are going to be in dramatic decline.”

QSR recently reported that restaurants are increasingly giving consumers the ability to interact with them, primarily by ordering meals and paying via smartphones.  The magazine said Starbucks reported last year that its American mobile payments now exceed 10% of in-store purchase.

“Mobile devices also allow owners and managers to perform oversight functions and connect with employees without being tied to computers at their desks,” added QSR.

Chili’s and Applebee’s are now placing tablets on tables, enabling diners to order and pay without interacting with a waiter or waitress.

Other big chains are implementing technologies that are forever changing the way we order and interact.  McDonald’s has added digital menu boards at some locations. One Phoenix-based McDonald’s also features interactive touch screen tables. Taco Bell also recently unveiled an app that not only enables customers to order/pay from their smartphone, but has unlimited menu customization options.

“Users can, for the first time, build their own unique creations using dozens of ingredients,” said Chris Brandt, Taco Bell’s chief marketing officer.  Brandt said that when customers are within about 500 feet of a restaurant, they get a phone notification that says ‘Looks like you’ve arrived. Would you like us to start preparing your food?”

Mary Chapman, director of product innovation for Technomic, said we’re just on the cusp of how technology is transforming/revolutionizing restaurants of all types:

“It’s an evolution of customization, and consumers want what they want when they want it.”