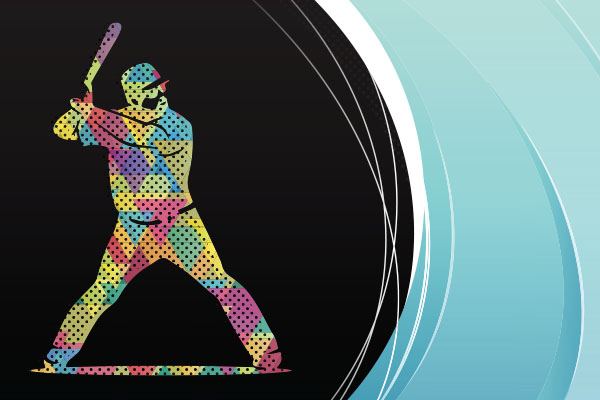 I never threw out my extensive baseball card collection.

While I don’t have a T206 Honus Wagner American Tobacco Company card (sold for $2.8 million in August 2007) or a Topps 1952 Mickey Mantle rookie year card (sold by Dallas-based Heritage Auctions in December 2015 to an anonymous collector for $525,800), the collection has increased in value over the years as it sits in multiple shoe boxes silently stuffed away in a corner of a closet.

Not surprisingly, in today’s digital age, sports card collecting has also gone digital over the past few years and those of us that still have paper card collections are becoming an endangered species. You no longer get a stick of Bazooka bubble gum to chew for hours on end, but the flip side is that a memorable sports moment can immediately be available online and downloaded.

Paper cards, for instance, take days to design, package and ship and are usually released in sets once or twice a year, but with the numerous digital apps now available from venerable trading card companies like Topps and Upper Deck, there is almost instant gratification.

Topps, for example, reported that its various apps have been downloaded more than 9 million times. The most popular is Kick, a soccer app—4 million + downloads to date.

And Panini America, a global sports and entertainment collectibles company, launched Panini Instant in June to coincide with the Copa America Centenario soccer tournament.  According to the company, “each Panini Instant card will be made to order and will be numbered on the back to reflect the total print quantity of each card.” CEO Mark Warsop added that the service allows the company to “capitalize on the evolving trend to collect in real-time and the ability to expand the trading card category beyond collectors to mainstream sports fans around the world.”

As reported by the Associated Press (AP), digital trading card products have enabled companies like Topps to carve out an extensive market niche and generate significant new revenue streams.

“With digital apps, it takes just minutes for Topps to release new cards after big plays, decisive victories or trades, or update existing cards with up-to-date statistics.  And the company doesn’t have to worry about paper, ink, packaging, or shipping,” said the AP.

While most digital baseball cards aren’t worth much, some have value. Last year, for instance, a Tops Hi-Tech signature card of Los Angeles Angels outfielder Mike Trout sold on eBay for $550.

Digital card collecting is now embracing fans of the UFC and WWE.  Last month Topps rolled out the ‘Topps UFC KNOCKOUT 16’ app that offers thousands of digital trading cards including fight photos, portraits of popular fighters, and more. And the company recently unveiled its ‘WWE SLAM’ app, the WWE’s first digital trading card app. A WWE announcement stated that new digital cards will be released daily and “collectors will have a chance to collect a variety of unique cards featuring WWE superstar memorabilia and autographs.”

Granted, there are still aficionados who pledge eternal fealty to paper cards.

“Can you imagine a father and son bonding over an e-pack? No,” said Adam Martin, CEO OF Dave & Adam’s Card World, based in New York City. “There’s nothing like opening a physical pack of cards.”

As for me, I applaud both the physical and digital collecting worlds – each has its inherent benefits and drawbacks. Today, however, the sky’s the limit for your digital card collection—perhaps only limited by the size of your data plan.