Department of Energy to Provide $57.5 Million for Science Computing Teams

News Provided By: The Department of Energy 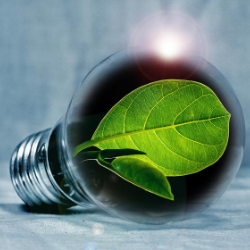 The need for such multi-disciplinary teams is growing as the world moves into the age of Exascale computing, with advanced systems embodying entirely novel architectures coming online.

“The Department of Energy is home to some of the world’s fastest supercomputers, and as we move into the Exascale computing era, these resources are continuing to rapidly advance in performance, architecture, and design,” said Under Secretary for Science Paul Dabbar. “These Argonne and Lawrence Berkeley-led teams are comprised of experts in computing and applied mathematics and will ensure that the American scientific community can fully harness our country’s leading capabilities in high performance computing.”

Both teams involve researchers from multiple DOE laboratories, universities, and industry and are part of a program known as SciDAC, or Scientific Discovery through Advanced Computing.  The SciDAC program brings together experts in computer science and applied mathematics with researchers in specific scientific disciplines to develop new high-performance computing tactics for tackling scientific questions.

Teams, known as “SciDAC Institutes,” are expected to take advantage of DOE supercomputing facilities at Argonne (IL), Oak Ridge (TN), and Lawrence Berkeley (CA) National Laboratories. Their work is aimed to spur advances in the use of artificial intelligence and machine learning.

The Argonne-led team, “RAPIDS2: A SciDAC Institute for Computer Science, Data, and Artificial Intelligence,” will focus on community outreach to support scientists with application development.

The Lawrence Berkeley-led team, “Frameworks, Algorithms, and Scalable Technologies for Mathematics (FASTMath) Institute,” will focus on the development of new mathematical techniques.

Total planned funding is $57.5 million over five years, with $11.5 million in Fiscal Year 2020 dollars and outyear funding contingent on congressional appropriations.   A list of lead and partner institutions for the two teams can be found on the homepage of the DOE Office of Science, Office of Advanced Scientific Computing Research, under the heading, “What’s New.”