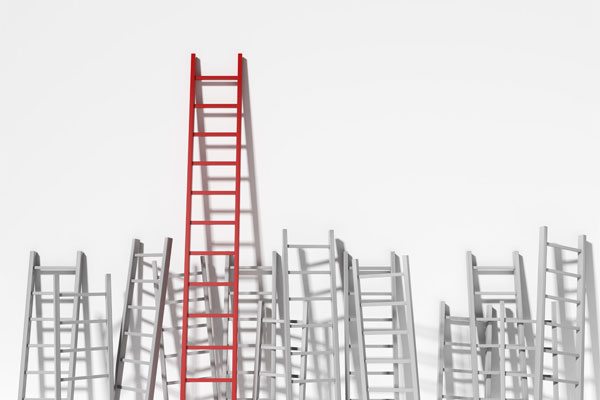 Internship programs have always given college students special opportunities to accrue on-the-job training while they’re still in school. For those pursuing technical degrees in today’s competitive markets, the experience can help launch or determine a future career.

Interns in the computing field get to work on serious projects for leading technology firms. They get to learn firsthand what it’s like to work in a particular discipline or for a particular company, without the pressure of a long-term commitment. In addition to their daily responsibilities, internship programs often offer students opportunities to network socially with other interns as well as company professionals. Some programs may even provide venues for meeting technology visionaries or company executives.

Thus, there are many reasons to pursue an internship role. Fortunately, both the number and variety of internships are increasing in the US, as leading technology employers bolster their programs to serve more students. For those considering pursuing an internship, now’s a good time to look into it. Following are highlights of internship programs offered by Intel, IBM, Microsoft and Hewlett Packard.

In 2011, Intel hosted about 1,500 student interns from US colleges and universities. The company is expanding its internship program and as it does so, it will likely open up internship opportunities in as many as 15 satellite facilities, which will make the internships more convenient for more candidates.

Burke Walls, US internship manager at Intel, emphasized that the company’s interns work on authentic projects and have distinct responsibilities. As for any employee, an intern’s work is expected to serve the company’s corporate technology and business objectives.

Getting an internship is worthwhile also because the experience gives the student an advantage when applying for a full-time job at the company. More than half of Intel’s interns will eventually become employees at the company. Intel has found that it gains a very specific return on investment for those it hires from its pool of interns. It derives that ROI by calculating an intern’s performance as an employee, future stock allocations, longevity with the company, awards, and even patent applications.

InternshipsNo two internships are ever really alike, because each role is crafted by the department or manager seeking internship talent. Walls said that in general, interns who perform software engineering roles might be asked to write code or perform code verification tasks. Those in hardware engineering roles might be asked to conduct presilicon verification work, estimate chip performance prior to production or work with or test a chip after it has been manufactured.

Intel pays its interns a percentage of what they’d receive for the job if they were full-time employees. Most interns work in one of Intel’s four primary facilities in the country. The company will pay a stipend to cover relocation costs if the intern needs to move temporarily to another city for their internship.

A typical full-time Intel internship will last from three to nine months. Some interns, if they live and attend school locally, can extend their internship for several years on a part-time basis while they continue their schooling. This is a popular approach. During any given year, for example, about 100 computer science students from the University of Texas at Austin work part time as interns at Intel’s Austin facility, where many projects based on the Intel Atom processor are conducted. Separate from the intern program, Intel also offers a rotation engineering program for recent college graduates; these positions, which last 18 months, enable graduates to gain training in three different roles, each lasting six months.

Walls noted that Intel is involved in President Obama’s Council on Jobs and Competitiveness and the council’s high-tech education task force, which encourage students to pursue engineering degrees. As part of Intel’s involvement in this program, the company is doubling the size of its internship program for 2012 and it could add other opportunities for students as well. For those seeking information about traditional internships and emerging internship programs at Intel, visit the student center at www.intel.com/jobs.

IBM, which hires more than 1,000 interns at US colleges and universities every year, offers interns a broad range of opportunities to work on the company’s hardware and software solutions as well as its consulting and services businesses.

One of IBM’s most popular and most competitive internship programs, called Extreme Blue, gives interns opportunities to develop a technology and business plan for a new product or service that addresses an existing market challenge. Interns in this program have worked in cloud computing, Web 2.0, and petabyte-scale data analysis. They have submitted more than 400 patent disclosures and made more than 60 contributions to open source communities.

Another good opportunity for engineers is offered through the Sales and Distribution Summit Intern Program, which hires interns to work in technical liaison roles with IBM customers. Interns can use their technical skills to help deliver hardware and software solutions to customers and to help customers apply technology to solve business problems.

“We not only have interns who come on board to help us develop products internally, but to also work with clients,” said Bryan Luxembourger, program manager of IBM’s internship/co-op program.

In general, internships for computing professionals at are available within several business groups at IBM, including its software group, its systems and technology group, its services group, and its research group. The research roles are usually offered to graduate students.

An internship at IBM usually lasts three to six months. All interns are paid for the jobs they perform. The pay rate is based on the student’s year in school, so those farther along in their studies will earn more than lower level students. If an intern lives a long distance from the site of the job offered to them, IBM may provide funding to help the intern travel to the local site and look for housing.

The company also offers co-op roles for students who are enrolled in cooperative education programs that provide college credits for the work. These may last for several semesters.

For information about IBM internships, visit the company’s web site. Interested students are also encouraged to check with campus recruiters or respond to the company’s outreach provided via social media such as Facebook, LinkedIn, and Twitter.

Microsoft hosts about 1,000 interns during the summer months at its corporate headquarters in Redmond, Washington. The internships are available to college students who are currently enrolled in an undergraduate or graduate degree program in technical fields such as computer science, computer engineering, and electrical engineering.

Trish Lincoln, program manager at Microsoft, said the internships give students real-world experience developing software products and services. During a typical 12-week internship, students work in small groups and have opportunities to contribute to projects on the same level as its more experienced, full-time employees.

“For students, this is a great way to gain hands-on experience before graduation,” Lincoln said. “Most interns are offered and accept full-time roles with Microsoft after graduation.”

Microsoft pays its interns a salary and also provides subsidized housing, which is an added benefit. It even gives interns a stipend of up to $350 to spend on a bicycle. For information about Microsoft’s technical internships, go to http://careers.microsoft.com/careers/en/us/tech-internships.aspx.

HP has a tradition of hosting interns throughout the company. It is promoting opportunities available at HP Labs for graduate and post-graduate students to work under the guidance and mentorship of some of the company’s researchers. These interns, who can come from anywhere in the world, often participate in developing next-generation technologies, publish papers or reports and submit patent applications with the company’s scientists. This year, HP Labs is hosting more than 100 interns and post-docs at its Palo Alto, California, facility.

HP Labs hosts some of the research internships for graduate students and post-docs. For information about these opportunities, go to http://www.hpl.hp.com/jobs.

HP Labs also hosts and helps support post-docs who have been awarded research fellowships from various government-sponsored programs. In particular, it collaborates with the National Science Foundation to provide research roles and support for students, post docs or other recent graduates who have NSF fellowships. HP’s financial support can also include health insurance benefits.

HP does not view its research collaborations as specific to the United States and is pursuing opportunities to expand the program into Brazil, Canada, Colombia, India and Singapore. CW (31 December, 2011)