How to Use Twitter to Enhance your Conference Experience
By Alaina G. Levine 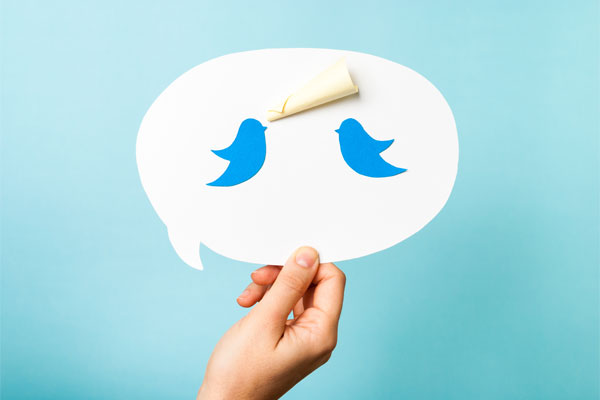 The annual meeting of the National Association of Science Writers, which is held each fall, is one of my favorite conferences. The meeting is full of sessions about the trends, issues, craft, and even business of science writing and communications. The networking is priceless, as the conference draws freelancers, staff reporters and editors, online specialists, public information officers, and science communicators specializing in photography, radio, and videography. People attend from all over the US as well as abroad. Last year’s meeting at MIT sold out with 800 registrants.

One of the cutting-edge features of this meeting is the attendees’ connectedness to social media. We walked around with our mobile phones glued to our hands. Our name tags included our Twitter handles, and we were encouraged to live-tweet talks. In fact, almost every session had its own Twitter hashtag. A person attending one presentation could learn what was happening in another by following the tweets. Attendees got in touch with each other quickly by tweeting correspondence rather than sending emails.

The meeting (hashtag #SciWri15) offers a great lesson in integrating Twitter into the conference experience, which I expect to become standard for future meetings in a variety of disciplines. Attendees optimize their meeting participation, while those who can’t attend can follow the Twitter feeds from afar to stay connected and discover what’s new and innovative in their field.

Now, I recognize that not everyone uses Twitter yet, and not every conference has an “all-tweet” policy. In fact, some of you reading this may not be active on any social media channels. But for social-networking newbies, Twitter can be a terrific tool for easing into the experience of collecting and curating information and interacting with the leaders of your discipline. In fact, Twitter, like many social media platforms, is an essential tool for career advancement and a powerful instrument to achieve your professional goals.

To begin, here are some basic definitions:

You can use Twitter in many different ways for networking, career planning, job searching, and appropriate self-promoting. If you are just launching your Twitter strategy, start by leveraging Twitter to curate content. Find people and organizations to follow. Dedicate a specific time (and time limit!) every day to read tweets associated with your interests and goals. Twitter is so ubiquitous that companies often tweet out job openings, so it is important to follow the right handles for your professional interests.

When your next conference comes around, try using Twitter to actively participate. Start by determining both the conference hashtag and association handle, so that you can tweet strategically and know who and what to follow. People often start tweeting about a conference a week in advance. You may get guidance for planning which sessions to attend, accessing evening mixers, and finding people with whom to have coffee while in attendance.

Also remember that there will be information about the conference shared only on Twitter. For example, at #SciWri15, people tweeted out that they had tickets available for an evening event that had sold out. Only those following the meeting hashtag had the opportunity to snap up the tickets.

One bit of warning: Before tweeting from the conference hall, you should look up the meeting or association policy regarding the use of Twitter. At a recent conference, the association announced that attendees could live-tweet about speakers if the speaker gave permission in advance. Frankly, no one is going to stop you from tweeting, but it is still a good idea to adhere to conference policy as much as possible.

Now that you’re ready to tweet, here are some dos and don’ts for tweeting at conferences:

You can get a lot more out of your next conference by using Twitter. You will catch events and announcements and discover new people with whom you can network. All the new information and contacts will be priceless for your career.