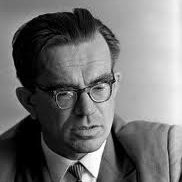 Victor M. Glushkov headed the Computer Engineering Laboratory of the Ukrainian Academy of Sciences in the mid-1950s. The first Ukraine computer, Kiev, was developed here. This computer was used to solve computation problems for the first experiments on computer-aided design of electronics circuits, pattern recognition problems, and remote process control. The computer laboratory eventually became the Institute of Cybernetics in 1962, with Glushkov as director.

The institute was key to the development of computers and informatics in the Soviet Union. Glushkov led a design team that was awarded the first State Prize in computer science in Ukraine, for developing small computers for engineering calculations with structural high-level language interpretation. Other awards followed, as Glushkov evolved the discrete automata theory, which was of primary importance to the synthesis of cybernetic systems and computers. He went on to formulate the methods and work out the mathematics by which designers could efficiently use abstract-automata and algebraic methods to solve engineering problems. Glushkov contributed significantly to IFIP activities and was an acting consultant to the governments of Bulgaria, GDR, and CSSR. He also made significant contributions in developing subjects for the International Institute for Applied Systems Analysis in Vienna.

Although he died in 1982, Glushkov’s influence continued. His new ideas on the architecture and structure of the recursive, pipeline computer, for example, were implemented in multiprocessor computing systems with a macro-pipeline organization of computations. At that time (1987), they were the most powerful computers in the USSR, with a speed of a half-million operations per second, dynamic reconfiguration, and mass parallelism (64 processors).