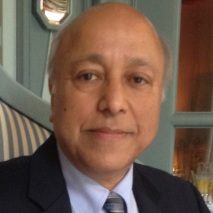 Sushil Jajodia is professor and the founding director of the Center for Secure Information Systems in the Volgenau School of Engineering at the George Mason University, Fairfax, Virginia. He is also the founding site director of the NSF I/UCRC Center for Configuration Analytics and Automation at Mason. He received his PhD from the University of Oregon, Eugene. His research interests include security, privacy, databases, and distributed systems. He has authored or coauthored seven books, edited 44 books and conference proceedings, and published more than 450 technical papers in the refereed journals and conference proceedings. He is also a holder of 18 patents. His current research sponsors are the Army Research Office, Office of Naval Research, National Security Agency, National Science Foundation, National Institute of Standards and Technology, Northrop Grumman Corporation, and The MITRE Corporation.

Jajodia has supervised 27 doctoral dissertations. Nine of these graduates hold tenured positions at US universities, four are NSF CAREER awardees, and one is DoE Young Investigator awardee. Two additional students are tenured at foreign universities. Jajodia has served in different capacities for various journals and conferences. He is the founding consulting editor of the Springer Series on Advances in Information Security and the founding editor-in-chief of the Journal of Computer Security.