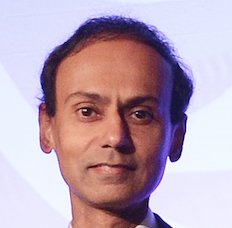 Devadas’s research interests span Computer-Aided Design (CAD), computer security and computer architecture and he has received significant awards from each discipline. He received the 1990 IEEE Transactions on CAD best paper award for work on synthesis for testability and the 1996 IEEE Transactions on VLSI Systems best paper award for work on power estimation. He received the 50th Design Automation Conference (DAC 2013) Top 10 Cited Author Award, for being among the top ten most cited DAC authors in DAC’s 50 year history and the DAC Best-Paper Hat-Trick Award, for winning DAC best paper awards three times. Devadas was elected a Fellow of the IEEE in 1999 for contributions to design automation.

Devadas and his students invented silicon Physical Unclonable Functions (PUFs) in 2002. PUFs are the technological basis of the founding of Verayo, a company focused on improving the security of computer hardware. Based on integrated-circuit manufacturing variation, Verayo has developed secure RFID chips that are in use in anti-counterfeiting applications and secret-key generation technology. Devadas’s papers on PUFs have received best paper awards at ACSAC 2002, HOST 2011 and HOST 2012.

In computer architecture, Devadas’s papers on analytical cache modeling and the Aegis single-chip secure processor were recognized as influential papers in the “25 Years of the International Conference on Supercomputing” volume. His work on hardware-information flow tracking published in the 2004 ASPLOS received the ASPLOS Most Influential Paper Award in 2014.