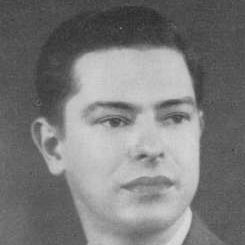 Morton M. Astrahan, Chair of the IRE Professional Group on Electronic Computers, was born on 5 December 1924, in Chicago, IL.

After attending Purdue University for a year and serving in the United States Army during World War II, Dr. Astrahan attended Northwestern University. He received the B.S.E.E. degree in 1945, and was awarded a Fortesque Fellowship. He attended the California Institute of Technology, receiving the M.S.E.E. degree in 1946. He received the Ph.D. degree in electrical engineering in 1949, at Northwestern University, the subject for his thesis being Hollow Tube Dielectric Waveguides.

Dr. Astrahan joined the International Business Machines Corporation in 1949, at the Endicott Laboratory. At present, he is working on engineering planning of digital computers for IBM, in Poughkeepsie, N.Y.

Dr. Astrahan joined the Institute as a Student in 1945, transferred to Associate Member in 1950, and became a Member in 1951. He was a member of the American Institute of Electrical Engineers, Tau Beta Pi, Sigma Xi, and Eta Kappa Nu.