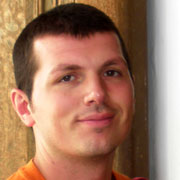 Marcello Caleffi is an Assistant Professor with the Dept. of Electrical Engineering and Information Technologies at the University of Naples Federico II. He received the Ph.D. degree in Electronic and Telecommunications Engineering from the University of Naples Federico II in 2009. Before that, he received the M.S. summa cum laude (with highest honor) degree in Computer Science Engineering from the University of Lecce, Italy, in 2005. From 2010 to 2011, he was with the Broadband Wireless Networking Laboratory at the Georgia Institute of Technology, as a Visiting Researcher. In 2011, he was also with the NaNoNetworking Center in Catalunya at the Universitat Politècnica de Catalunya, as a Visiting Researcher.

His research interests include uncoventional wireless networking & computing. His work appeared in several premier IEEE Transactions and Journals, and he received multiple awards, including best strategy award, most downloaded article and most cited article. Currently, he serves as editor for Elsevier Ad Hoc Networks and IEEE Communications Letters, and he has served as Chair, TPC Chair, Session Chair, and TPC Member for several premier IEEE conferences. He is a IEEE senior member and a IEEE Computer Society Distinguished Visitor.

Over the last twenty years, a huge number of algorithms trying to mimic biological processes have been proposed for solving hard computational problems. Nevertheless, these bio-inspired algorithms represent only the very first step toward the design of smart adaptive computing devices. In fact, they model only a limited set of the rules underlying the biological processes, thus, omitting fundamental functionalities. Moreover, they are executed on traditional computer architectures, thus, failing to achieve the intrinsic parallelism exhibited by biological processes. To overcome these issues, very recently researchers worldwide started to work on biological computing, a novel paradigm in which the traditional inorganic chips are replaced by living organisms.

Participants of this talk can obtain a wide view about biological computation and about the challenges arising in its development.

Participants of this talk can obtain a wide view about quantum computing, and they can acquire familiarity with the unfamiliar quantum-mechanics physical notation.