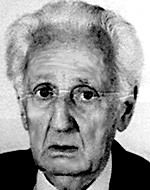 A founder of contemporary Bulgarian mathematical science, Lubomir Iliev has played a leading role in developing the major areas of abstract mathematics, computing mathematics, software, mathematical modeling, numerical methods, probability theory, mathematical statistics, and optimization. He is a pioneer in computer science in Bulgaria and served as director of the first national Bulgarian Academy of Sciences. One of the most important results of his work was the development of the first Bulgarian computer, Vitosha.

Other accomplishments include the Chair of Computing Mathematics, which he established at the University of Sofia. Through numerous publications, Iliev has contributed to the development and applications of computer science and computer technologies in education.

He was the first president of the Bulgarian IFIP Committee and Bulgarian representative to IFIP. Iliev was instrumental in establishing and organizing the national IFIP technical committees and actively participated in their work, organizing many IFIP-related events in Bulgaria. He served as IFIP cognizant officer and IFIP vice president from 1974 to 1977.