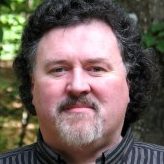 James P. Cohoon received his Ph.D. in Computer Science from the University of Minnesota in 1982. He joined the University of Virginia in 1983 as an Assistant Professor of Computer Science and was promoted to Associate Professor in 1989. He was a Fulbright Scholar in 1993. He has directed four Ph.D. theses and 20 MS students, and is the author or co-author of five books, three book chapters, and over sixty papers. He served as chair of the ACM Special Interest Group on Design Automation (SIGDA) from 1993-1997, and he received SIGDA’s Design Automation Fellowship (1990), Outstanding Member Award (1991,2004), and Leadership Award (1997). In 1997 he also received the McGraw-Hill “Most Successful New Title” Award for his best-selling C++ textbook, co-authored with Jack Davidson.

He received the Department’s first annual Teaching Award in 1998He served on the ACM Publications Board, the ACM SIG Governing Board’s Executive Committee, the ACM-SIGDA Advisory Board, and the ACM Council.