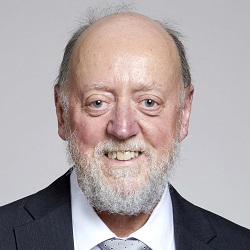 Jack Dongarra holds an appointment at the University of Tennessee, Oak Ridge National Laboratory, and the University of Manchester. He specializes in numerical algorithms in linear algebra, parallel computing, use of advanced-computer architectures, programming methodology, and tools for parallel computers. He was awarded the IEEE Sid Fernbach Award in 2004; in 2008 he was the recipient of the first IEEE Medal of Excellence in Scalable Computing; in 2010 he was the first recipient of the SIAM Special Interest Group on Supercomputing’s award for Career Achievement; in 2011 he was the recipient of the IEEE Charles Babbage Award; in 2013 he received the ACM/IEEE Ken Kennedy Award; and in 2019 he received the ACM/SIAM Computational Science and Engineering Prize. He is a Fellow of the AAAS, ACM, IEEE, and SIAM and a foreign member of the Russian Academy of Science, a foreign member of the British Royal Society, and a member of the US National Academy of Engineering.

“For his pioneering contributions to numerical algorithms and libraries that enabled high performance computational software to keep pace with exponential hardware improvements for over four decades.”