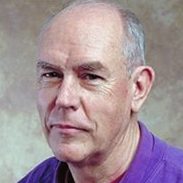 Ivan Sutherland was born in Hartings, Nebraska in 1938. Sutherland was immersed in learning since he was young. His father, a Ph.D. in Civil Engineering, and his mother, a teacher, led Sutherland to appreciate learning. His favorite subject in high school was geometry, saying that “… if I can picture possible solutions, I have a much better chance of finding the right one.” Sutherland has always described himself a visual thinker, hence his interest in computer graphics

His first computer experience was with a computer called SIMON. It was a relay-based computer with six words of two bit memory. Its 12 bits of memory permitted SIMON to add up to 15. Sutherland’s first big computer program was to make SIMON divide. To make division possible, he added a conditional stop to SIMON’s instruction set. This program was a great accomplishment, it was the longest program ever written for SIMON, a total of eight pages of paper tape. Sutherland was one of the few high school students to have ever written a computer program in that era. He went on the study at Carnegie Mellon University with a full scholarship. He earned his B.S. in Electrical Engineering and then went on to earn a M.S. also in Electrical Engineering from the California Institute of Technology.

For his Ph.D., Sutherland went to Massachusetts Institute of Technology were he developed his thesis, “Sketchpad: A Man-machine Graphical Communications System.”, the first Graphical User Interface. Sketchpad was a unique program developed for the TX-2 computer, a unique computer in itself. In early 1960s, computers would run “batches” of jobs and were not interactive. The TX-2 was an “on-line” computer used to investigate the use of Surface Barrier transistors for digital circuits. It included a nine inch CRT and a lightpen which first gave Sutherland his idea. He imagined that one should be able to draw on the computer. Sketchpad was able to do just this, creating highly precise drawings. It also introduced important innovations such as memory structures to store objects and the ability to zoom in and out.

Upon graduation from Gradute school, Sutherland was enlisted in the Army were he worked at the National Security Agency (NSA) as an Electrical Engineer. The following year, Sutherland was transferred to the Defense Department’s Advanced Research Projects Agency (ARPA) were he commisioned research projects in important comnputing concepts such as timesharing and artificial intelligence.

Sutherland continued on into academia were he took a poistion as Professor at Harvard University. Two years later, he became a Professor at the Univeristy of Utah, building the school’s reputation as the mecca for computer graphics. In 1976, Sutherland became the head of the Computer Science department at Caltech. There he helped make integrated circuited design a subject in academia. Until then, circuit design was considered too mundane or too difficult to study. By introducing circuit design, Sutherland helped pave the way for advances in chip design, which in turn propelled the chip “explosion” in Silicon Valley.

Even though Sutherland is now longer in the field of graphics, he is still an important researcher. His current interest is in advanced hardware technology, Asynchronous Systems.

Dr. Sutherland has written over 49 Publications. He also holds 12 Patents including important window functions such as Display Windowing by Clipping and Computer Graphics Clipping for Polygons. His Personal Profile can be found at the SUN website.

Over the years, Ivan Sutherland has recieved many awards for his contributions toward computer science.