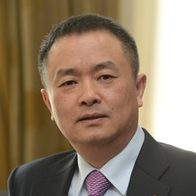 His main research interests range over software engineering and system software, especially component-based software engineering (CBSE). He has made systematic contributions to the theory and practice of component-based software reuse, including methodology, toolkit, infrastructure and standardization. He has published more than 150 papers in referred journals and conferences, and received 11 paper awards, including best paper awards from COMPSAC 2012, ICSS 2010, ASE 2009, CBSE 2009, and APSEC 2008. He was ranked as a top-10 author internationally based on 2006-2011 publications with flagship software engineering conferences ICSE/FSE. Due to his contributions to research and practices,  he also won many prestigious awards, such as the Outstanding Contribution Award from the Beijing Olympic Games Organizing Committee in 2008, Ho Leung Ho Lee Foundation Prize for Scientific and Technological Progress in 2012, and several State Awards for Science and Technology Achievements in China issued by the State Council of China, which is the highest honors in China’s academic community.

Hong Mei is a Fellow of the IEEE, a member of Chinese Academy of Sciences, and a Fellow of the World Academy of Sciences: for the advancement of science in developing countries. He has served as Program Committee of dozens of international conferences. He has previously served as General Chair of ECOOP 2012 and ICWS 2008, and Program Chair of ICSM 2008, ICSR 2008, COMPSAC 2007, QSIC 2006, and COMPSAC 2005. Currently he is serving on the editorial board of several international journals.