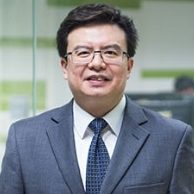 Dr. Henry Chan received his B.A. and M.A. degrees from the University of Cambridge, England, and his Ph.D. degree from the University of British Columbia (UBC), Canada. At Cambridge, he received the Christina Barnard Prize (Girton College) in recognition of his academic achievement. At UBC, he received the NSERC Postgraduate Scholarship, the UBC Graduate Fellowship, and the British Columbia Telephone Company Graduate Scholarship.

From October 1988 to October 1993, he worked with Hong Kong Telecommunications Limited, primarily on the development of networking services in Hong Kong. Between October 1997 and August 1998, he worked with BC TEL Advanced Communications on the development of high-speed networking technologies and ATM-based services. Currently, he is an associate professor in the Department of Computing, The Hong Kong Polytechnic University (PolyU). His research interests include networking/communications, cloud computing, Internet technologies, and electronic commerce. He has conducted various research projects. He has co-authored a textbook on electronic commerce and research papers in various journals. He was chair of the IEEE Hong Kong Section in 2012 and chair of the IEEE Hong Kong Section Computer Society Chapter in 2008–2009. He was founding general chair of the IEEE International Conference on Teaching, Assessment, and Learning for Engineering (TALE) in 2012, and founding co-chair of the Computer App Programming (CAP) competition for secondary school students. He is vice chair of the IEEE Computer Society Cloud Computing Special Technical Community, editor for Cloud-Link on the IEEE Cloud Computing website, and associate editor of the Journal of Electronic Commerce Research.

Dr. Chan has received three President’s Awards and five Faculty Awards at PolyU, including a President’s Award in 2010/2011 for his achievement in teaching. Under his leadership, his R&D team won a silver medal in the 38th International Exhibition of Inventions of Geneva with a software tool called Flexible RFID Encoder and Decoder (FRED) in 2010. Under his supervision/guidance, his students have received many awards.