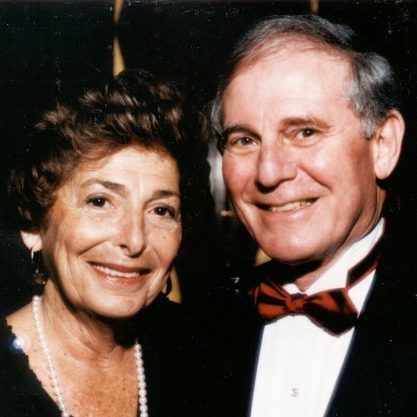 Erwin Tomash was born in St. Paul, Minnesota, and grew up in that state. He graduated from the University of Minnesota with his electrical engineering degree in 1943. After graduating, he went into the U.S. Army Signal Corps, where he worked with radar and was awarded the Bronze Star for his wartime activities. After being demobilized from the war, Tomash spent a brief time with the Naval Ordnance Laboratory and then joined Engineering Research Associates. There he worked on developing electronic computers, including the ERA 1103 or UNIVAC Scientific. In 1956 Tomash joined Telemeter Magnetics, a Los Angeles-based company. Soon he became the company’s president and oversaw Telemeter Magnetics’ design of core memories for computers. In 1962 he left Telemeter Magnetic, which had been bought by Ampex, and co-founded a new company, Dataproducts Corporation. Dataproducts specialized in computer technology, especially printers, and by 1970 had become the world’s leading independent printer manufacturer. Since that time, Dataproducts has successfully competed in the core memory field.

The interview spans Tomash’s career, focusing on his years with Telemeter Magnetics and especially with his company Dataproducts. Tomash describes his education and early experiences with radar and radio, and then moves on to discuss his computer work. He explains his reasons for forming Dataproducts, and talks about the challenges and rewards of running one’s own company. Tomash provides detailed descriptions of Dataproducts’ successes with computer core memories and printers. He also discusses his opinions about the relationships between government and the computer industry, on research and development priorities, on the importance of innovation and long term investment, and on the challenges of financing new products development. The interview concludes with Tomash’s views on international trade and future prospects for the computer industry and the world market.