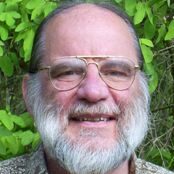 After receiving his Ph.D. in Applied Mathematics from Harvard University in 1980, Eric Roberts taught at Wellesley College from 1980-85, where he chaired the Computer Science Department. From 1985 to 1990, he was a member of the research staff at Digital Equipment Corporation’s Systems Research Center in Palo Alto, California, where his research focused on programming tools for multiprocessor architectures. In September 1990, Roberts joined the Stanford faculty, where he is now Professor of Computer Science and Bass University Fellow in Undergraduate Education.

From 1990 to 2002, Professor Roberts was Associate Chair and Director of Undergraduate Studies for Computer Science. In that capacity, he was the principal architect of Stanford’s introductory programming sequence. He has written five computer science textbooks that are used at many colleges and universities throughout the world. His current research focuses on computer science education, particularly for underserved communities. From 1998 to 2005, Roberts directed the Bermuda Project, which developed the computer science curriculum for Bermuda’s public secondary schools.

At Stanford, Professor Roberts has received several teaching awards, including the Bing Fellowship, the Dinkelspiel Award, and the Hoagland Prize. In 2003, Roberts received the SIGCSE Award for Outstanding Contribution to Computer Science Education. Professor Roberts has been active in professional organizations dedicated to computer science education. He is past chair of the Education Board of the Association of Computing Machinery (ACM). From 1998 to 2001, Roberts served as co-chair and principal editor for the ACM/IEEE-CS Joint Task Force on Computing Curricula 2001, which published a detailed set of curriculum guidelines in December 2001.

Professor Roberts has also been active in several organizations seeking to promote socially responsible use of science and technology, including Computer Professionals for Social Responsibility and Student Pugwash USA. In 2000, Roberts was the Eugene M. Lang Visiting Professor for Social Change at Swarthmore College.