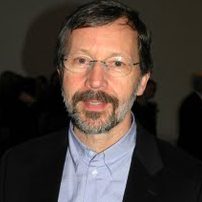 Early in life, Edwin Catmull found inspiration in Disney movies such as Peter Pan and Pinocchio and dreamed of becoming a feature film animator. He even made primitive animation using so-called flip-books. However, he assessed his chances realistically and decided that his talents lay elsewhere. Instead of pursuing a career in the movie industry, he used his talent in math and studied physics and computer science at the University of Utah. After graduating, he worked as a computer programmer at The Boeing Company in Seattle for a short period of time, before returning to Utah to go to graduate school in fall of 1970.

Back at the university he became one of Ivan Sutherland’s students, sharing classes with Fred Parke, James H. Clark, John Warnock and Alan Kay. Catmull saw Sutherland’s computer drawing program Sketchpad and the new field of computer graphics in general as a major fundament in the future of animation, which combined his love for both technology and animation, and decided to be a part of the revolution from the beginning. During his time there he made three fundamental computer graphics discoveries: Z-buffering (independently from Wolfgang Straßer who described it 8 months before Catmull in his PhD thesis), texture mapping, and bicubic patches, and invented algorithms for anti-aliasing and refining subdivision surfaces. In 1973 he made his earliest contribution to the film industry, an animated version of his left hand which was eventually picked up by a Hollywood producer and incorporated in the 1976 movie Futureworld, the science fiction sequel to the film Westworld and the first film to use 3D computer graphics.

In 1974, Catmull graduated again and was hired by a company called Applicon. But already in November the same year he was contacted by the founder of New York Institute of Technology, Alexander Schure, who offered him the position as the director of the new Computer Graphics Lab at NYIT, an offer Catmull couldn’t refuse. Also Schure had a great interest in animation, and was working on a project with an animated feature called Tubby the Tuba. Frustrated with the slow progress, he had been looking for tools that could help speed up the process, which turned out to be the computer graphic facilities at the University of Utah. There he also heard about the man he felt was the right man for the job, Ed Catmull. In his new position, Catmull formed a talented research group working with 2D animation, mostly focusing on tools who could assist the animators in their work. Among the inventions was a paint program simply called Paint which could be seen as an early version of Disney’s CAPS, the commercial animation program Tween (used in the video called 3Measure for Measure2), inspired by an experimental computer animation system created by Nestor Burtnyk and Marcelli Wein, that automated the process of producing in-between frames, the animation program SoftCel and other software.

Catmull and his team eventually left 2D animation and started to concentrate on 3D computer graphics, moving into the field of motion picture production. By the end of the 70’s, the Computer Graphics Lab was starting to struggle for several reasons and felt there was a lack of actual progress despite the technological development, but it had attracted the attention of George Lucas at Lucasfilm, who wanted to create his own computer group. Like Schure before him, Lucas contacted Catmull in 1979 and gave him an offer he couldn’t resist. He now had an opportunity to work with computer animation in the movie industry, as the Vice President at the computer graphics division at Lucasfilm.

At Lucasfilm he helped develop digital image compositing technology used to combine multiple images in a convincing way. Later, in 1986, Steve Jobs bought Lucasfilm’s digital division and founded Pixar, where Catmull became the Chief Technical Officer. At Pixar, he was a key developer of the RenderMan rendering system used in films such as Toy Story and Finding Nemo.

After Disney acquired Pixar in January 2006, Disney Chief Executive Bob Iger put Catmull and John Lasseter in charge of reinvigorating the Disney animation studios in Burbank. According to a Los Angeles Times article, part of this effort was to allow directors more creative control as collaborators on their projects and to give them the creative freedom to use traditional animation techniques — a reversal of former CEO Michael Eisner’s decision that Disney would do only digital animation.