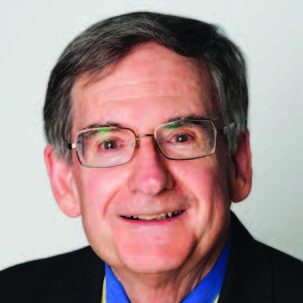 Dennis J. Frailey is a retired Principal Fellow from Raytheon Corporation with over 50 years of professional service in IEEE, ACM, and other computing technical societies. He is an IEEE Senior Member and ACM Fellow and has served in many capacities for both societies, notably, as member of Computer Society’s Board of Governors (2011–2016) and as ACM vice president (1986–1988). As a speaker for ACM’s DSP and Computer Society’s DVP, Frailey has spoken to over 200 chapters on such topics as careers in computing, cycle-time reduction, and techniques used by software engineering professionals. He has also served throughout his career as an adjunct professor at several universities, where his recent courses focus on software quality, software metrics, and software project management. Earlier in his career he published and taught courses in operating systems, compiler design, and computer architecture.

Frailey has spent much of his professional life bridging gaps between industry and academia. He is active in groups defining curricula and bodies of knowledge in computing fields and helped with the formation of several computer science and software engineering programs. He was a member of the Computer Society’s Professional Activities Board and a vice chair on the Educational Activities Board before the two merged in 2013. He was an ABET accreditation program evaluator for over 25 years, and has won several awards for contributions to computer science and software engineering education. He served on five industry advisory boards for university computer science, computer engineering, and software engineering programs. Frailey has also been active throughout his career in support of conference activities including various committees, keynote addresses, papers, and as program chair for over a dozen conferences. He received an MS and PhD in computer science from Purdue University.