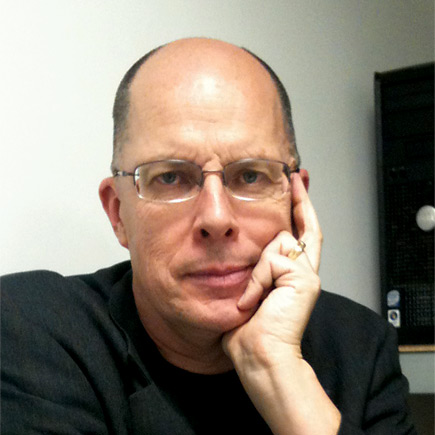 David Alan Grier has spent much of the past decade helping the IEEE Computer Society develop new electronic products, editing its periodicals and writing for its members. He has served as editor in chief of IEEE Annals of the History of Computing, as chair of the Magazine Operations Committee, and as an editorial board member of Computer.

Outside the Society, he works as an associate professor of science and technology policy at George Washington University in Washington, DC with a particular interest in policy regarding digital technology and professional societies. There, Grier has worked as a university administrator for the past 20 years and has demonstrated a capacity for organizational management. He served as leader of the undergraduate computer systems degree, director of the University Honors Program, assistant dean of engineering, and associate dean of International Affairs.

Finally, Grier has worked extensively within the computer industry. He started as a programmer and systems designer for the old Burroughs Corporation. He has also worked extensively as a consultant in the field. A more detailed biography can be found at www.dagrier.net.

The Generations of Computing and the Coming Data Age

If you look carefully at the development of computing, you can see clear generational cycles. These cycles are marked by a sharp change of technology and a group of young leaders taking advantage of those changes. There is clearly a period of 20 years in which these leaders rise to prominence in the field before passing command to the next generation. We can point to the mainframe generation of the Fifties, the Software/PC Generation of the 70s, the Internet/Mobile Generation of the 90s. We are clearly nearing the end of the 90s cycle and need to start asking what follows and who will be the next generation. This talk considers the extent to which data will be the next driving technology and the extent to which we are already shifting towards the data generation of leaders.

Anarchist with a Pintrest Account (also entitled “The Digital YMCA”)

While we have come to believe that the current social turmoil on the Internet, the turmoil that involves falsified news, exaggerated claims, and brutal debate, is unique to our age, we can quickly see reasons why it is not. This talk looks at the network as a means of organization production and considers how changes in production sparked changes in social discourse. It suggests that we are in a transitional age, that the social platform of the Internet will eventually look for ways of claiming social discourse, and how a small handful of modest social institutions will have a substantial impact.

Human Computers, Crowdworkers, and the ever presence of the gig economy

The modern gig economy, with workers distributed over large areas and paid by the task, is far from unique to the modern age. The first large computing institutions, the computing labs or computing rooms that employed human computers, proved to have much in common with the platforms such as TaskRabbit, TopCoder, Uber or Upwork. These computing rooms represent some of our first efforts at large scale data processing and they left a pattern that has been followed by many a big tech firm or computing institution. These labs favored and expanded markets as a way to expand computing and to promote data analysis. The lessons of these organizations suggest some surprising lessons for those who are trying to understand how computing technology is changing our economy.

The Generations of Computing and the Coming Data Age

Anarchist with a Pintrest Account (also entitled “The Digital YMCA”)

Human Computers, Crowdworkers, and the ever presence of the gig economy