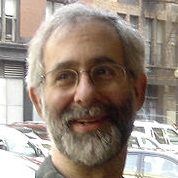 Daniel S. Bricklin (born 16 July 1951) is the American co-creator, with Bob Frankston, of the VisiCalc spreadsheet program. He also founded Software Garden, Inc., of which he is currently president, and Trellix Corporation, which is currently owned by Web.com.

Bricklin was born in Philadelphia, Pennsylvania, USA, where he attended Akiba Hebrew Academy during his high school years. He received his B.S. in electrical engineering/computer science from the Massachusetts Institute of Technology, where he was a resident of Bexley Hall, and his MBA from Harvard University in 1979.

Also in 1979, Bricklin and Frankston founded Software Arts, Inc., and began selling VisiCalc, the first spreadsheet program available for personal computers. He was given a Grace Murray Hopper Award in 1981 for VisiCalc.

Bricklin was chairman of Software Arts until 1985, when he left to found Software Garden. He was the president of the company until he co-founded Slate Corporation in 1990. Slate closed in 1994 and so Bricklin returned to Software Garden. In 1994 he was also inducted as a Fellow of the Association for Computing Machinery.

He introduced the term “friend-to-friend networking” on August 11, 2000.

In 2003, Bricklin was given the Wharton Infosys Business Transformation Award for being a technology change leader. He was recognized for having used information technology in an industry-transforming way.

Bricklin is currently president of Software Garden, a small company which develops and markets software tools he creates (most notably “Dan Bricklin’s Demo Program”), as well as providing speaking and consulting services.

He is also developing wikiCalc, a collaborative, basic spreadsheet running on the Web.

In May 2009, he released a book entitled “Bricklin on Technology.”