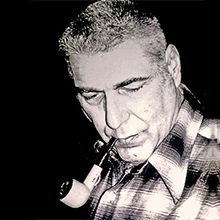 Claude A. Kagan
1961–1963 Chair of the AIEE Committee on Large-Scale Computing Devices

Kagan started work at EBASCO in NY and Southern Illinois, but was called back to active military duty in 1950 during the Korean conflict, and served in France as liaison officer with French PTT and other special assignments.

Released in 1953, he went to work for Western Electric Co in Lawrence and N. Andover, Mass., where he was involved in final setup and testing of Missile Range communications system and became interested in early computer systems.

Designed large scale computer controlled system with telecommunications for the Merrimack Valley Works of WE company.

Was transferred to NY and soon after to the newly formed WE engineering research center in May 1958, in Hopewell Township.

Responsibility was primarily to look in the future for computer and other controlling techniques to be used in manufacturing.

Published a number of papers along those lines.

Some of the proposals were implemented in factories.

At same time, he was active in the IEEE being chair of the computing devices committee and, after several years, chair of the data communications committee. Was charter founder of the American Federation of Information Societies (AFIPS).

In 1984, Kagan was awarded the IEEE Computer Society medal for extraordinary contributions, and was also one of half a dozen people who were given a second 1984 award, that by the Princeton Section of the IEEE.

He retired from AT&T Bell Laboratories at the end of 1988 and served as a consultant in private practice with a couple of friends and associates.

Among significant activities was the installation of computer-aided election reporting and ballot preparation for the Mercer County Clerk’s office. Also consulted for the County Clerk with reference to a proposed Electronic Voting Machine system for which preliminary action had been taken by Mercer County Freeholders. After studying the proposal and submitting a report, the Freeholders decided that discretion was the better part of valor and not to approve the acquisition of untested and unproven system consisting of 600 IBM PC machines with no demonstrable software.