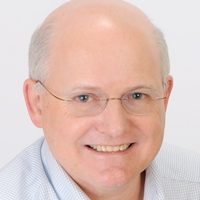 Professor Leiserson’s research centers on the theory of parallel computing, especially as it relates to engineering reality. He coauthored the first paper on systolic architectures.  He invented the retiming method of digital-circuit optimization and developed the algorithmic theory behind it.  Retiming is now a foundational optimization method in all major electronic-design systems. On leave from MIT at Thinking Machines Corporation, he designed and led the implementation of the network architecture for the Connection Machine Model CM-5 Supercomputer, which in- corporated the “universal” fat-tree interconnection network he developed at MIT. Fat-trees are now the preferred interconnect strategy for Infiniband technology.  He introduced the notion of cache-oblivious algorithms, which exploit the memory hierarchy near optimally while containing no tuning parameters for cache size or cache-line length.  He developed the Cilk multithreaded programming technology, which featured the first provably efficient work-stealing scheduler. He led the development of several Cilk-based parallel chess-playing programs, winning numerous prizes in international competition. On leave from MIT as Director of System Architecture at Akamai Technologies, he led the engineering team that developed a worldwide content-distribution network numbering over 20,000 Internet servers. He founded Cilk Arts, Inc., which developed the Cilk++ multicore concurrency platform and was acquired by Intel Corporation in 2009. Intel now embeds this technology in their Cilk Plus multithreaded programming environment, which is available in the Intel C/C++ compiler and in the open-source GCC main branch.

Professor Leiserson has made numerous contributes to computer-science education. He is well known as coauthor of the textbook Introduction to Algorithms (The MIT Press), which was named “Best 1990 Professional and Scholarly Book in Computer Science and Data Processing” by the Association of American Publishers. Currently in its third edition, it is the leading textbook on computer algorithms, having sold over 650,000 copies, and is one of the most cited publications in all of computer science.  He developed the MIT undergraduate courses on algorithms and on dis- crete mathematics for computer science. He was for many years the head of the computer-science program for the Singapore-MIT Alliance (SMA), one of the first distance-education collaborations. The lectures for SMA of his undergraduate course on algorithms were videotaped and were one of the first freely available course videos on MIT OpenCourseWare. He developed MIT’s undergraduate class on software performance engineering, which teaches parallel programming not as an end in itself, but as one of several techniques for writing fast code. He has graduated over two dozen Ph.D. students and supervised more than 60 master’s and bachelor’s theses.

Professor Leiserson has contributed to faculty and student development in the area of leader- ship skills. His annual workshop on Leadership Skills for Engineering and Science Faculty has educated hundreds of faculty at MIT and around the world in the human issues involved in leading technical teams in academia.  Besides MIT, it has been offered at Berkeley, Carnegie Mellon, Harvard, Purdue, and Singapore. He was the founding Workshop Chair for the MIT Undergraduate Practice Opportunities Program (UPOP), which teaches MIT School of Engineering sophomores how leadership skills can leverage their technical skills in professional environments.  He developed many of the modules for this workshop and teaches in it regularly.

Professor Leiserson has won many academic awards. He received the IEEE Computer Society 2014 Taylor L. Booth Education Award “for worldwide computer science education impact through writing a best-selling algorithms textbook, and developing courses on algorithms and parallel pro- gramming.”  He received the ACM 2013 Paris Kanellakis Theory and Practice Award “for contributions to efficient and robust parallel computation through both provably efficient randomized scheduling protocols and a set of parallel-language primitives constituting the Cilk framework.” He has received several “best paper” awards and the ACM SIGPLAN ten-year retrospective award for most influential 1998 PLDI paper. He received the ACM 1982 Doctoral Dissertation Award for his Ph.D. thesis, Area-Efficient VLSI Computation. He is a Margaret MacVicar Faculty Fellow at MIT, the highest recognition at MIT for undergraduate teaching. He is an ACM Fellow, an AAAS Fellow, and a senior member of IEEE and SIAM.

2014 Ken Kennedy Award
“For your enduring influence on parallel computing systems and their adoption into mainstream use through scholarly research and development and for distinguished mentoring of computer science leaders and students.”
Learn about the Ken Kennedy Award