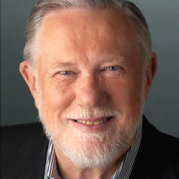 Charles M. (Chuck) Geschke co-founded Adobe Systems Incorporated in 1982. A leader in the software industry for more than 35 years, Geschke retired from his position as president of Adobe in 2000 and continues to share the chairmanship of the board with Adobe’s co-founder John Warnock. Prior to co-founding Adobe Systems, Geschke formed the Imaging Sciences Laboratory at the Xerox Palo Alto Research Center (PARC) in 1980. He was a principal scientist and researcher at Xerox PARC’s Computer Sciences Laboratory from 1972 to 1980.

Industry and business leaders, including the IEEE, Association for Computing Machinery (ACM), Carnegie-Mellon University, the National Computer Graphics Association, and the Rochester Institute of Technology, have honored Geschke’s technical and managerial achievements. He received the regional Entrepreneur of the Year Award in 1991 and the national Entrepreneur of the Year Award in 2003. In 2002, he was elected a Fellow of the Computer History Museum. Geschke received the Medal of Achievement from the American Electronics Association (AeA) in 2006 and in 2007 he received the John W. Gardner Leadership Award. In 2000, Geschke was ranked the seventh most influential graphics person of the last millennium by Graphic Exchange
magazine.

Geschke holds a Ph.D. in computer science from Carnegie-Mellon University and a M.S. in mathematics and an A.B. in Latin, both from Xavier University.