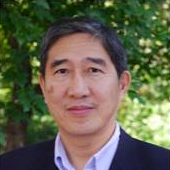 Carl K. Chang is Professor and Chair of the Department of Computer Science at Iowa State University. He received a PhD in computer science from Northwestern University in 1982, and worked for GTE Automatic Electric and Bell Laboratories before joining the University of Illinois at Chicago in 1984. He joined Iowa State University in 2002. Chang has served as President of the IEEE Computer Society (2004), Editor-in-Chief for IEEE Software (1991–1994), Chair of the Magazine Operations Committee, Distinguished Visitor, member of the Board of Governors, Secretary of the Society, Vice President for Press Activities, Vice President and First Vice President for Educational Activities, Chair of the Meetings and Services Committee reporting to the IEEE Board of Directors, before being appointed editor-in-chief of Computer (2007–2010). He is currently editor-in-chief Emeritus of Computer.

Chang has received the Computer Society’s Meritorious Service Award, Outstanding Contribution Award, the Golden Core Award, and the IEEE Third Millennium Medal. In 2006 he received the prestigious Marin Drinov Medal from the Bulgarian Academy of Sciences, and was recognized by IBM with the IBM Faculty Award in 2006, 2007 and 2009.

Currently the Chair of the Standing Committee for IEEE International Computer Software and Applications Conference (COMSPAC), Chang serves as the program chair, general chair and chair of steering committee for many conferences. He co-led the model computing curricula task force and provided oversight on the development and production of the Computing Curriculum 2001 Computer Science Final Report. He is primarily responsible for the establishment of the Computer Society’s industry advisory boards, first for IEEE Software in his position as the EIC, and more recently for the Society’s Executive Committee while serving as the EIC for Computer. He has published extensively in software engineering, net-centric computing and successful aging.

Chang is a Fellow of IEEE and AAAS.