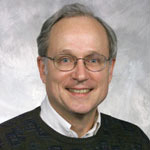 Butler Lampson is a Technical Fellow at Microsoft Corporation and an Adjunct Professor of Computer Science and Electrical Engineering at MIT.  He was on the faculty at Berkeley and then at the Computer Science Laboratory at Xerox PARC and at Digital’s Systems Research Center.  He has worked on computer architecture, local area networks, raster printers, page description languages, operating systems, remote procedure call, programming languages and their semantics, programming in the large, fault-tolerant computing, transaction processing, computer security, WHSIWYG editors, and tablet computers.  He was one of the designers of the SDS 940 time-sharing system, the Alto personal distributed computing system, the Xerox 9700 laser printer, two-phase commit protocols, the Autonet LAN, the SDSI/SPKI system for network security, the Microsoft Tablet PC software, the Microsoft Palladium high-assurance stack, and several programming languages.

He was born in Washington, DC in 1943. He is married to Lois Alterman Lampson; they have two children, Michael and David.