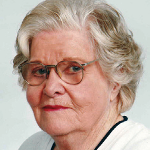 Betty Jean Jennings Bartik holds a B.S. in Mathematics from Northwest Missouri State Teachers College (now Northwest Missouri State University), an M.S. in English from the University of Pennsylvania, and an honorary Doctor of Science from Northwest. Northwest also established the Jean Jennings Bartik Computing Museum to house a history of computing, its emphasis is on PCs, Digital’s PDP-11, ENIAC, BINAC and Univac. Northwest became the first electronic campus in 1987 and is now leading the way with electronic textbooks.

Along with the other ENIAC Programmers, Ruth Lichterman (Teitelbaum), Frances “Betty” Snyder (Holberton), Marlyn Westcoff (Meltzer), Kathleen McNulty (Mauchly) (Antonelli) and Frances Bilas (Spence), Jean was inducted into the Women in Technology International (WITI) Hall of Fame in 2002. She became a Fellow of The Computer History Museum in 2008. She also received the Korenman Award by the Multinational Development of Women in Technology (MDWIT) this year.

Sixty-four years ago, the 20-year-old Betty Jean Jennings (Bartik) answered the Army’s call for women math majors to calculate ballistics trajectories by hand for the Army’s Ballistics Research Lab (now Army Research Labs). Their job title was “Computer”. A few months later, she volunteered to run the first electronic computer, the Electronic Numeric Integrator and Computer (ENIAC). It was a tremendous success because it could calculate trajectories faster than a speeding bullet. She led the programming effort to turn the ENIAC into a stored program computer. She went on to program the Binary Automatic Computer (BINAC), and do logical design on the Universal Automatic Computer (UNIVAC), the first commercial computer.

ENIAC Programmer Passes Away at 86

LOS ALAMITOS, Calif., 22 March, 2011 – Betty Jean Jennings Bartik, one of the original ENIAC programmers and the recipient of a 2008 IEEE Computer Society Computer Pioneer Award, has passed away at age 86, according to published reports.

At age 20, Bartik answered the Army’s call for women math majors to serve as “computers” and calculate ballistics trajectories by hand for the Army’s Ballistics Research Lab. A few months later, she volunteered to run the first electronic computer, the Electronic Numeric Integrator and Computer (ENIAC).

During her career, Bartik worked at Remington Rand, Auerbach Publishers, and Honeywell. Bartik and the other ENIAC programmers were not credited for their contributions until 1985, four decades after the war’s end.

Bartik was honored with the Computer Society’s Computer Pioneer Award at a ceremony in 2008. During the presentation, she recalled how female ENIAC programmers were asked to pose in front of the computers and their knowledge of computing ignored.

“We were never treated as though we knew anything,” Bartik said. “When the press came, they had us act like models and pretend to set switches. We were never considered a part of history.”

Only after Harvard sociology grad student Kathy Kleiman wrote about the contributions of “the ENIAC woman” was their role revealed.

Watch Bartik discussing her early computing days in this video.