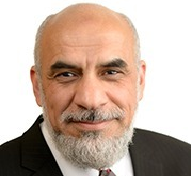 Athman Bouguettaya is Professor and Head of School of Computer Science, at the University of Sydney, Australia. He was previously Professor and Head of School of Computer Science and IT at RMIT University, Melbourne, Australia. He received his PhD in Computer Science from the University of Colorado at Boulder (USA) in 1992. He was previously Science Leader in Service Computing at the CSIRO ICT Centre (now DATA61), Canberra. Australia. Before that, he was a tenured faculty member and Program director in the Computer Science department at Virginia Polytechnic Institute and State University (commonly known as Virginia Tech) (USA). He is a founding member and past President of the Service Science Society, a non-profit organization that aims at forming a community of service scientists for the advancement of service science. He is or has been on the editorial boards of several journals including, the IEEE Transactions on Services Computing, IEEE Transactions on Knowledge and Data Engineering, ACM Transactions on Internet Technology, the International Journal on Next Generation Computing, VLDB Journal, Distributed and Parallel Databases Journal, and the International Journal of Cooperative Information Systems. He is also the Editor-in-Chief of the Springer-Verlag book series on Services Science. He served as a guest editor of a number of special issues including the special issue of the ACM Transactions on Internet Technology on Semantic Web services, a special issue the IEEE Transactions on Services Computing on Service Query Models, and a special issue of IEEE Internet Computing on Database Technology on the Web. He served as a Program Chair of the 2017 WISE Conference, the 2012 International Conference on Web and Information System Engineering, the 2009 and 2010 Australasian Database Conference, 2008 International Conference on Service Oriented Computing (ICSOC) and the IEEE RIDE Workshop on Web Services for E-Commerce and E-Government (RIDE-WS-ECEG’04). He also served on the IEEE Fellow Nomination Committee. He has published more than 220 books, book chapters, and articles in journals and conferences in the area of databases and service computing (e.g., the IEEE Transactions on Knowledge and Data Engineering, the ACM Transactions on the Web, WWW Journal, VLDB Journal, SIGMOD, ICDE, VLDB, and EDBT). He was the recipient of several federally competitive grants in Australia (e.g., ARC), the US (e.g., NSF, NIH), Qatar (NPRP). EU (FP7), and China (NSFC). He also won major industry grants from companies like HP and Sun Microsystems (now Oracle). He is an ACM Distinguished Speaker. He is a Fellow of the IEEE and a Distinguished Scientist of the ACM.

From IoT Data to Services

The Internet of Things (IoT) is fast becoming a reality with a range of everyday “things” becoming sensor-equipped and internet connected. Ultimately, everything that we see and don’t see will be connected to the Internet. These Web-enabled “things” will be continuously streaming data whose size and volume will dwarf anything we have witnessed so far. This is called Big data. It is here to stay and in a big way. It is coming from all sorts of sensors, including instruments conducting deep space exploration from earth or satellites, highly sensorized high-energy physics, social media, smartphones, genomics machines, etc. The cloud has been instrumental in supporting the storage and processing of the ever increasing amount of data. “Domesticating” IoT data, i.e., making it useful, however, has been a major challenge. Service computing is the next major evolution of computing that aims at transforming massive data into artefacts that are acted upon and made “useful”, i.e., turned into services. In this talk, I will first overview the big data trend produced by human and physical sensors. I will then motivate the need for a uniform service management to service IoT data. I will then describe our latest research that focuses on servicing IoT-based sensor clouds.

Big data is here and in a big way. Big data is coming from all sorts of sources and means, including sensors, deep space exploration, social media, smartphones, genomic, etc. The cloud has been instrumental in supporting the storage and processing of the ever increasing amount of data. “Domesticating” big data, i.e., making it useful, however, has been a major challenge. Service computing is the next major evolution of computing that aims at transforming massive data into artefacts that are acted upon, thus producing services. In this talk, I will first overview the big data trend. I will then motivate the need for a uniform service management for making big data useful, i.e., turning it into services. I will then describe our latest research that focuses on servicing sensor cloud data.

This workshop aims to train early career researchers and PhD students to write for top CS journals and convert conference papers into successful quality journal articles. Writing for journals requires skills that not only include sharpened research ability but also understanding the way journals work and operate. This workshop will go through the whole spectrum of manuscript preparation, journal selection, and submission, response to reviewers, decision aftermath, and ethical matters. This training will equip researchers with skills that would enable them to confidently submit and publish papers in top ranked journals. Conducting quality research is only the beginning of the process. Publishing in top journals is the ultimate aim. This workshop will help early career researchers and PhD students achieve this goal.