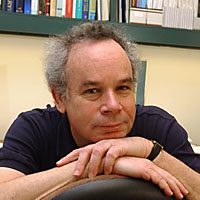 Abraham Silberschatz is a Professor of Computer Science at Yale University and a Vice President of Information Sciences Research at Bell Laboratories. Prior to that, he held a chaired professorship in the Department of Computer Sciences at the University of Texas at Austin. His research interests include operating systems, database systems, real-time systems, storage systems, and distributed systems.

Dr. Silberschatz has made significant contributions in both academia and in industry, mostly through his research in the development of effective and efficient transaction management and resource management algorithms. This research resulted in numerous high quality papers, in over three dozen patents, and in several seminal commercial grade systems that have had major impact on next generation telecom architecture.

The large-scale commercial systems that have emerged from his research include DataBlitz, which is a main-memory database system with multilevel API; QTM, which is a high-throughput, real-time, event-processing and aggregation system, that offers a platform for developing a variety of telecom products; CineBlitz, which is a high performance media server that supports both streaming media data (e.g., video, audio) and conventional data (e.g., text, binary, images); and Interprenet, which is an IP monitoring system that provides the ability to monitor and meter network traffic at the level of packets, associate traffic with users, and perform aggregation within the network.

Professor Silberschatz was involved in the developed of a curriculum that has been in use for over ten years in training IBM personnel in both operating systems and database systems. He also played a pivotal role in curriculum development and instruction for the Institute for Retraining in Computer Science (IFRICS), which provided high-level training for advanced mathematicians seeking entry into the computer science field.

In addition to his academic and industrial positions, Silberschatz served as a member of the Biodiversity and Ecosystems Panel on President Clinton’s Committee of Advisors on Science and Technology, as an advisor for the National Science Foundation, and as a consultant for several private industry companies.

Dr. Silberschatz is an ACM Fellow and an IEEE Fellow. He received the 1998 ACM Karl V. Karlstrom Outstanding Educator Award, the 1997 ACM SIGMOD Contribution Award, and the IEEE Computer Society Outstanding Paper award for the article “Capability Manager,” which appeared in the IEEE Transactions on Software Engineering.