LOS ALAMITOS, Calif., 13 March 2019 – Laura Haas, Dean of the College of Information and Computer Sciences at the University of Massachusetts Amherst, has been named to receive the IEEE Computer Society’s 2019 Computer Pioneer Award.

The award is given for significant contributions to early concepts and developments in the electronic computer field, which have clearly advanced the state-of-the-art in computing.  Haas is being recognized “for pioneering innovations in the architecture of federated databases and in the integration of data from multiple, heterogeneous sources.” 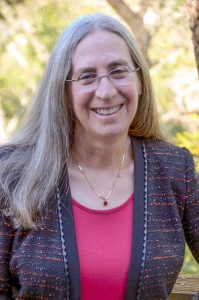 Haas joined the University of Massachusetts Amherst in August 2017 after a long career at IBM, where she was accorded the title IBM Fellow in recognition of her impact.  At the time of her retirement from IBM, she was Director of IBM Research’s Accelerated Discovery Lab (2011-2017), after serving as Director of Computer Science at IBM’s Almaden Research Center (2005-2011).  She had worldwide responsibility for IBM Research’s exploratory science program from 2009 through 2013.

From 2001-2005, she led the Information Integration Solutions architecture and development teams in IBM’s Software Group.  Previously, Haas was a research staff member and manager at Almaden.  She is best known for her work on the Starburst query processor, from which DB2 LUW was developed on Garlic, a system which allowed integration of heterogeneous data sources, and on Clio, the first semi-automatic tool for heterogeneous schema mapping.

Haas was Vice President of the VLDB Endowment Board of Trustees from 2004-2009 and served on the board of the Computing Research Association from 2007-2016. She currently serves on the National Academies Computer Science and Telecommunications Board. She is an ACM Fellow, a member of the National Academy of Engineering, and a Fellow of the American Academy of Arts and Sciences.

Haas will receive her award at the awards dinner held on Wednesday evening, 5 June 2019 at the Hyatt Regency Coral Gables during the IEEE Computer Society Board of Governors meeting. The award consists of a silver medal and an invitation to speak at the award presentation.