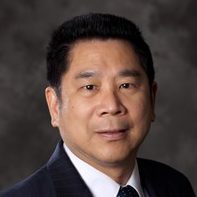 LOS ALAMITOS, Calif., 28 March 2016 — Dr. C.-C. Jay Kuo, Director of the Multimedia Communication Lab and Dean’s Professor in Electrical Engineering at the University of Southern California (USC), has been named the 2016 recipient of the IEEE Computer Society Taylor L. Booth Education Award for his contributions to computer science education.

Dr. Kuo, who has been with USC since 1989, was recognized in the award citation “for excellence as an inspiring educator and for distinguished contributions to multimedia education with impact on academic and industry realms.”

An IEEE Fellow, Dr. Kuo’s research interests are in the areas of multimedia compression and communication, multimedia content analysis, and computer vision.  He has guided 134 students to their PhD degrees and supervised 25 postdoctoral research fellows. He is a co-author of approximately 240 journal papers, 880 conference papers, 30 patents, and 14 books. He has also delivered over 550 invited lectures in conferences, research institutes, universities, and companies.

Dr. Kuo was editor in chief of IEEE Transactions on Information Forensics and Security (2012–2014) and the Journal of Visual Communication and Image Representation (1997–2011). He received the Northrop Junior Faculty Research Award from the USC Viterbi School of Engineering in 1994.

The Taylor L. Booth Education Award commemorates outstanding records in computer science and engineering education. Accompanied by a bronze medal and $5,000 honorarium, the award recognizes achievement as a teacher of renown in a relevant and applicable course; writing an influential text; leading, inspiring, or providing significant educational content during the creation of a curriculum in the field; or inspiring others to a career in computer science and engineering education.