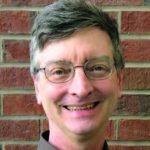 LOS ALAMITOS, Calif., 6 October 2016 – The Association for Computing Machinery (ACM) and IEEE Computer Society have named William D. Gropp, a professor of computer science at the University of Illinois at Urbana-Champaign, as the recipient of the 2016 ACM/IEEE Computer Society Ken Kennedy Award for highly influential contributions to the programmability of high-performance parallel and distributed computers. The award will be presented at SC 16: International Conference for High Performance Computing, Networking, Storage and Analysis, beginning November 13 in Salt Lake City, Utah.

Gropp was one of the leaders in the development of the Message Passing Interface (MPI) standard. MPI has become the de facto standard for programming distributed-memory computers in scientific applications, and has enabled a wide range of scientists and engineers to use the enormous performance potential of highly parallel computer systems for over two decades. He was a key author in the development of MPI-I, MPI-2, and MPI-3. As part of the standardization process, Gropp also designed and developed MPICH, the first functional implementation of MPI. This freely available software remains one of the most widely used implementations of MPI, with nearly 2,000 downloads per month.

Along with collaborators David Keyes and Xiao-Chuan Cai, Gropp developed and analyzed key scalable parallel algorithms for adaptive mesh refinement and domain decomposition methods, which are now widely used in parallel applications. This work led to the development of a numerical library, the Portable, Extensible Toolkit for Scientific Computation (PETSc), which Gropp developed in collaboration with Barry Smith. PETSc has been used in a variety of applications, including nano-simulations, biology, fusion, geosciences, environmental modeling, fluid dynamics and software engineering, among others.

In bestowing the Ken Kennedy Award, ACM and IEEE also cited Gropp’s outstanding service to the field. In 2011, Gropp helped launch the ACM Special Interest Group for High-Performance Computing (SIGHPC), the first international group devoted to the needs of students, faculty and practitioners in high-performance computing. He also served as the editor of CONNECT, the newsletter for SIGHPC, as chair of the Gordon Bell Prize Committee, and in various capacities for numerous conference committees.

Gropp holds the Thomas M. Siebel Chair of Computer Science at the University of Illinois at Urbana-Champaign. He is also the Acting Director and Chief Scientist of the National Center for Supercomputing Applications. He has authored more than 187 technical publications, including the book Using MPI, which is in its third edition and has sold over 18,000 copies. Gropp received the 2014 SIAM/ACM Prize in Computational Science and Engineering, along with the PETSc Core Development Team (Satish Balay, Jed Brown, Matthew Knepley, Lois Curfman McInnes, Barry Smith, and Hong Zhang). He was elected an ACM Fellow, IEEE Fellow, and SIAM Fellow, and is a member of the US National Academy of Engineering.