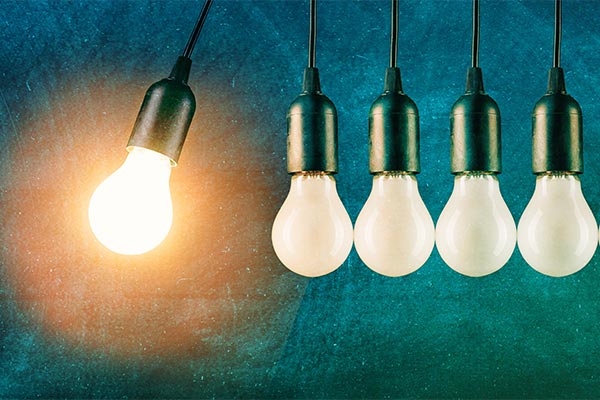 Early in my career, I wrote a paper with a Chinese colleague on the technology transfer policies of Deng Xiaopeng. I had done no prior research in the field but was intrigued with the topic and enjoyed working with these colleagues. We had met when he decided to attend one of my classes and had become friends. At one point, he told me that he had data about technology transfer in China and wanted to write a paper about it. I agreed and quickly found that I was involved in a project where I needed to learn trust someone who could work in a culture in a way that I could not.

I got my first lesson when we started to work on the project. I asked to see the data and was presented with a sheaf of paper covered with Chinese writing. I know a few Chinese characters. I know the numbers, of course. I know the kinds of characters that tourists need to know, those for trains, exits, bathrooms. I also know many of the characters that describe food. This background was not enough to help me understand the nature of the data. I took a deep breath and thought, “Well, I’m going to have to trust that this data is real and that my colleague got it in a way that would not get us both in trouble.

Trust, of course, plays an important role in any professional community. Professional societies such as the IEEE Computer Society or the Chinese Computing Federation. We want scholars to trust the results of our research, companies to trust our standards, and our members to trust each other. If we don’t have trust, then we are merely a club for people with special technical interests.

Over the years, we have found that the fundamental value of trust is rooted in our local chapters. We have local chapters of the society in most major technological centers. Some are actively involved in new technology and hold regular seminars about new developments. Other chapters hold classes on business topics such as how to manage your time, how to negotiate with your boss, how write a contact. A few are small groups that allow engineers to meet their peers, share ideas and talk about common issues.

Many of our chapters are quite old and were actually created before the founding of the IEEE Computer Society. One of our precursor organizations, the American Institute of Electrical Engineers, thought that local chapters were highly important. They had seen the value of these chapters during a period of American history known as “The Great Brain Drain.”

The Great Brain Drain lasted form about 1930 to 1960, young men left their farms and moved to cities. Most of these men staked their future on engineering. They had learned about machine by operating tractors and other farm devices. They decided that they would go to engineering school and try to find a job with a big manufacturing company in one of the big cities. If you look at the early leaders of the computer industry, you find that most of them were part of the Great Brain Drain. Robert Noyce and Jack Kilby as two examples. They invented the integrated circuit and helped to build large companies.

The local chapters of the American Institute of Electrical Engineering helped these young men get the skills they did not have. Sometimes they offered courses for the new engineers. Sometimes they merely provided a place for new graduates to meet senior engineers and learn from them.

My father, who was a member of the Great Brain Drain generation, benefitted from local engineering organizations. For years, he attended the meetings of the Detroit Engineering Society, which was a union of the local professional society chapters in our area. By going to these meetings, my father learned about the local firms that were involved in technology and discovered how he could find business for his computer company.

We have been looking at our local chapters in China and considering how they can best serve the local community of engineers as well as the global technological community. From our perspective, we see parallels between the current state of China and the Great Brain Drain of the mid-20th century. The industrial centers of China are growing rapidly and attracting new engineers, new computer scientists and new technical workers.

“Urbanization in China took a significant turn in 2011 when the country’s urban population exceeded its rural population for the first time in its history,” explained a recent article on the demographic changes in China. Our local chapters should be able to help individuals adapt to changing environment and be better engineers, computer scientists, and technical workers.

I recently visited an American chapter of the Computer Society. This chapter was located not in China but in the center of Silicon Valley. The main purpose for the meeting was to hear a talk about a low-power processor chip. Engineers had used these chips to build cell phones and tablets but were starting to think about how they might use them to create servers.

Perhaps the most important part of the meeting came before the talk. We were standing in the lecture hall, eating dinner and meeting new people. Every time someone new joined the group, you had to balance the food in one hand while you searched for a business card with the other. For the most part, we talked about events in the Valley. We talked about people who had changed jobs, the companies that had hired them, and the projects that need their expertise.

If you take part in these conversations, you have to learn what information is important and what is not. If you take the ideas as they are presented, you might quickly conclude that everyone else is making a lot of money by jumping from company to company. In fact, that is rarely the case. We tend to exaggerate how much money others are making because, I suppose, we hope that we can make a lot of money by changing money.

But if you listen to these stories carefully and learn how to evaluate what the speakers are telling you, you can get good picture of technology trends. You learn what technologies are becoming important, what products are about to be released, what things you need to do to keep on top of the market.

At the chapter meeting, the talk proved to be quite interesting, even for someone like me who has not done much with hardware. The chips seem to have great promise for server applications. As we left the talk, a group of us tried to determine of these chips were really going to be used for servers. One person made the point that he had not heard that any of the server companies were hiring people who had special expertise in these chips. If none of the server companies were hiring such people, then it was unlikely that these chips would be used in servers.

I did not know the individual who said that the server companies were hiring people who knew about the low-power chips. A few people in the group nodded their head in agreement with the statement. Many more shook their heads or looked as if they didn’t agree with it. Having attended local chapter meetings for many years, I had learned that my point of view on technical issues was not the only one. I also learned that you should not ignore the ideas of your professional peers. As we know, the whole is bigger than the part. The collective understanding of an issue is usually better than the opinion of a single individual.

When my colleague and I studied technology transfer in China some 20 years ago, we found several surprising things in the results that we could not explain. We discovered, for example, that technology did not always move from company to company when people moved. We speculated that the “frequent relocation of technical personnel could destabilize research programs,” we guessed, and it “might force changes in the research plans and objectives.” (I would, of course, welcome any stories from people who worked in computing technology during that period.)

If my colleague and I were to return to the study of technology transfer in China today, we would not only be interested in how technology moves from laboratory to companies, but we would also be interested to see what roles professional organizations such as the Chinese Computing Federation or even the IEEE Computer Society might play in moving technology. In the United States, in Europe, and even in Japan, these organizations have been places you go to learn new technological ideas, get the news of the industry, and, by working with your colleagues and peers, try to determine the direction that technology is moving. Most importantly, you develop a community of friends who are working on the same kinds of problems in different parts of the industry and you learn how to trust their points of view.