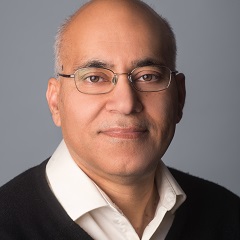 Jitendra’s group has worked on computer vision, computational modeling of biological vision, computer graphics and machine learning. Several well-known concepts and algorithms arose in this work, such as anisotropic diffusion, normalized cuts, high dynamic range imaging and shape contexts. He was awarded the Longuet-Higgins Award for “A Contribution that has Stood the Test of Time” twice, in 2007 and 2008, received the PAMI Distinguished Researcher Award in computer vision in 2013 the K.S. Fu prize in 2014, and the IEEE PAMI Helmholtz prize for two different papers in 2015.